I had the pleasure of hosting a pediatrician in my office recently so he could learn about tongue tie diagnosis and management for his hospital system. We had a great morning, discussing the various nuances of infant care during breastfeeding problems. But it was one discussion in particular I enjoyed.

I have long maintained that how an infant feeds is just as important as the “numbers” – specifically, adequate weight gain. I’m convinced that doctors had a secret caucus somewhere and just decided that good weight gain trumps every other problem that a dyad can experience. I’ve written about that faulty logic here: http://www.drghaheri.com/blog/2014/2/20/a-babys-weight-gain-is-not-the-only-marker-of-successful-breastfeeding

When I talk to families, I pay as much attention to what mom and baby are going through from a quality of life standpoint as I do to the physical markers of health. When doctors respond to my comment that a baby is tongue tied with “the baby’s weight gain is great”, I try to point out the importance of other factors:
1) What iff weight gain is good, but the baby’s reflux is so severe that the baby is miserable? This can coincide with colic symptoms. What if the baby needs Zantac? What about a stronger medicine like omeprazole? Did you know that medicines like omeprazole (called proton pump inhibitors), at last check, aren’t even FDA indicated for children under 1 year of age?
2) If mom has such tremendous nipple pain that she’s about to give up on breastfeeding, what does it matter if weight gain is good? The AAP and WHO both indicate that the goal for *all* dyads should be exclusive breastfeeding for 6 months. If the baby can’t do that without traumatizing mom to the point that she stops nursing, have we as a medical community done the dyad any good?
3) If the baby is nursing constantly because a tongue tie makes them inefficient, but weight gain is adequate, should we ignore it? Moms often report marathon nursing sessions and many of those moms cannot continue spending their entire day nursing the baby, especially if other young children are around and need attention.

What’s the common theme in these particular instances that interests me so much? It’s infant stress. I don’t think that infants should be subjected to stressful feeding circumstances because I don’t think it’s good for them. Feeding is a normative behavior for babies and when that normative behavior is interrupted, I maintain that it disrupts the baby neurobiologically. Once of the most common things that parents tell me after the procedure is that they “have a different baby” – one that is calm, able to be satiated, who sleeps better, etc. Moms also report that they feel better. This is important because studies have already demonstrated that maternal stress hormones like cortisol can predict infant temperament (more cortisol = more baby stress) as cortisol is passed through breastmilk (Glynn 2007, Hinde 2014).

Let’s stop treating our babies like cattle, where the only goal is to fatten them up. Let’s not assume that babies can’t get stressed out. If you’ve seen a baby with a tongue tie feed, you’ll see common features:
-wrinkled brow
-fists up near face
-pushing off mom’s breast
-head banging into mom’s chest
-getting so frustrated that baby refuses to latch
-aversion to breastfeeding or nursing strikes
-rigid body posture

Medical doctors don’t know to even ask for these problems for the most part. They aren’t trained to investigate why a baby may be so stressed during feeding. Often, a maternal factor is unnecessarily blamed (I suppose it’s easier to blame the mom than a newborn). Let’s start paying more attention to how a baby feeds so we can help the dyad succeed ultimately.
[ad_2] 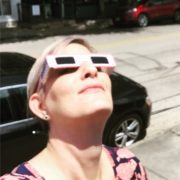 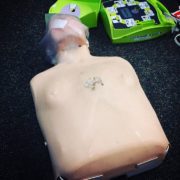 And so it begins……
0 replies

Want to join the discussion?
Feel free to contribute!